Phuket, Thailand – Thanyapura Tri Dash 2018 is a short distance race suitable for both beginners and seasoned athletes. The 400 meter swim is held in a 50 meters pool providing a safe swim for athletes. The 20 km bike course is a fast two loop course through the rubber plantations around Thanyapura. The 5 km running course leads the athletes through the resort. 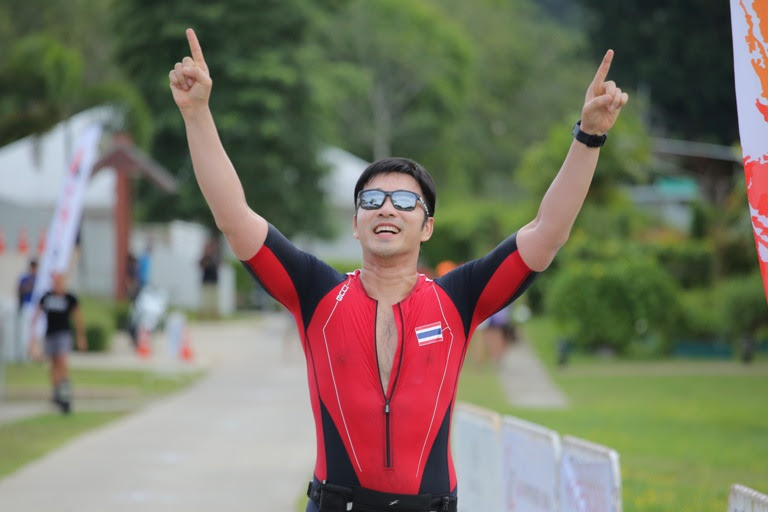 After the event completed, ‘James’ Ruangsak Loychusak reflected his feelings that “It was a great race, this is my first time visiting Thanyapura for official triathlon competition. The hardest thing of today’s race was the bike course. I can say there were many rolling hills. On top of that, I am not familiar with the route which makes the race more interesting. I had to spent a lot of time in the bike course. Many of the competing athletes came from different countries what gives the event a very international touch. The race was set in a great atmosphere with a high safety standard from the organizers and staff.”

‘James’ Ruangsak Loychusak is a Thai star who has performed as a singer as the first career in Thailand entertainment industry. He graduated from Srinakharinwirot University, Faculty of Fine Arts, obtaining a Master of Chulalongkorn University, Faculty of Economics. He released his first debut in 1995. Following his debut album, he had more 5 albums released successfully.

August 30, 2019 Admin Comments Off on Seasonal Dishes with Lemongrass At Liu Chinese Restaurant

October 30, 2020 Admin Comments Off on Check the quality of your sleep and the functionality of your brain
Classified Directory Hot Deal Hotels & Resort

Rawai Condominiums Phuket , Ready to move in 1 kilometer from the beach and Restaurants