BANGKOK, THAILAND (14 November, 2019) – The desire for authentic experiences, sustainability in the DNA and inherent heritage appeal are key factors for why Asian cuisine is on the cusp to be the next global cuisine superstar, said Trevor Mackenzie, Managing Director/Partner of COCA and Mango Tree Restaurants Worldwide, during the Innovation Forum of the Global Restaurant Leadership Conference held recently in Marina Bay Sands Convention Centre, Singapore. 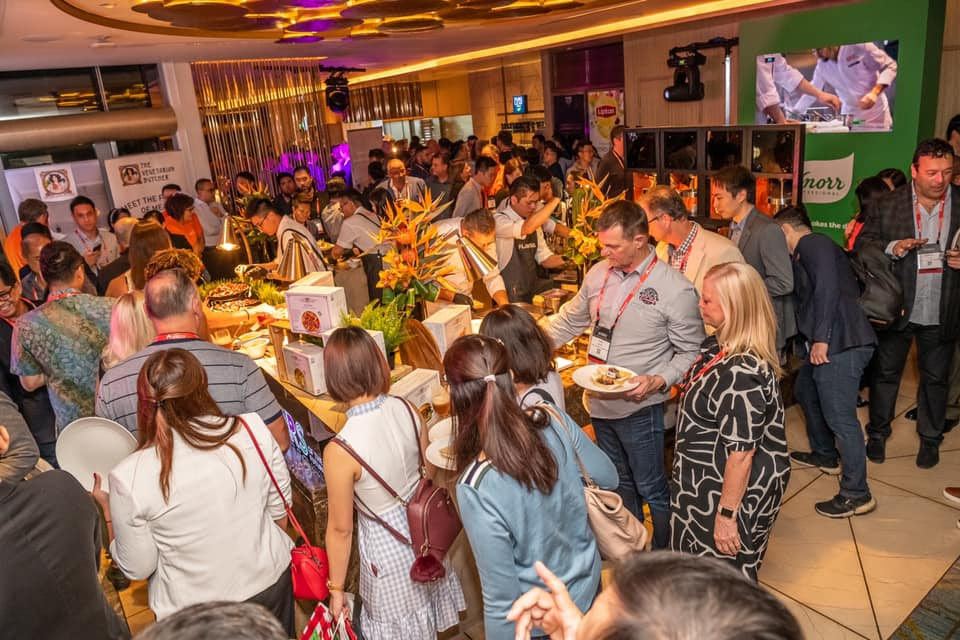 According to data by the United Nations World Tourism Organization (UNWTO), the number of Asian travelers to various regions of the world have all doubled and, in some cases, nearly tripled during the period from the years 2000 to 2017. Europe proved to be the most popular destination with 57 million Asian travelers, Mackenzie said, followed by the Middle East (38.8 million) and North America (29.3 million).

Mackenzie added that an evolution in eating habits around the world, gleaned from personal observation in his own frequent travels, also contribute to emerging opportunities presented by Asian cuisine. According to him, in Europe, it is becoming more commonplace to eat Asian food around two times a week while in North America, Asian cuisine has rapidly become more mainstream, becoming a preferred dining choice at least two or even three times per week.

“This means that there is still so much growth in the Asian cuisine segment – for at least the next 20 years and even more,” Mackenzie stressed.

Younger diners are driving the growth, he pointed out, citing the need to cater to the wants of not only millennials or the Gen Y crowd but skewing even younger. “Millennials may be leading the way now but you’ve already got to wake up to the Gen Z market or you’re going to be behind the curve.”

Factors Driving Global Appeal of Asian Cuisine
Among the factors attracting diners to Asian cuisine is the desire for authenticity, Mackenzie said, citing that the relative affordability and ease of modern-day travel has led to increased frequency in travel. The rise of social media and the “sharing culture” or “family-style” appeal of Asian cuisine also feed into the quest for authenticity. The result? Today’s exceptionally well-travelled dining customers now seek authentic experiences, he said.

Sustainability is another factor cited by Mackenzie as key to Asian cuisine’s global appeal. He highlighted the “farm to table” dining concept as driven by the sustainability movement and said that with its demand for source-fresh ingredients, Asian cuisine already had sustainability in its DNA, pioneering “farm to table” even before its mainstream popularity. Tying into sustainability, Mackenzie mentioned that with an average of 80 to 100 grams of protein per dish, Asian food presents an ideal opportunity to market to the current generation of diners concerned about reducing their consumption carbon footprint.

The emphasis on plant-based ingredients in Asian cuisine, Mackenzie said, is an additional attractive feature for vegan, vegetarian and health-conscious diners. “Again, there’s a great opportunity to plug into this younger generation or anybody who feel like they want to eat healthy.”

Lastly, Asian cuisine has the unique combination of possessing heritage appeal, deriving as it is from some of the world’s oldest civilizations, Chinese, Indian, Malay, Thai, Vietnamese, Japanese and more, while evolving to suit the tastes of contemporary diners, especially in presentation. Today’s diners want to know the history of food, where it comes from, the stories behind it, and with Asian cuisine, Mackenzie said, each dish has a story to tell. With the ubiquitous influence of social media, the way each dish is now presented is also evolving, becoming more “Instagrammable”, according to Mackenzie, and providing more opportunities and changes in how Asian cuisine is being marketed.

Asian Cuisine: The Next Big Wave
In order for Asian cuisine to successfully take centre stage on the global cuisine arena, Mackenzie admitted that its biggest challenge is combining effective marketing with the right education – which means more often than not, educating the customers.

He continued: “We started at the top with casual fine dining and that’s how we were able to build our brand with conviction. People know Mango Tree are pillars of quality, deliver good value for money and always create that memorable, authentic experience.”

COCA and Mango Tree Worldwide is proud to showcase the traditional flavours of Thailand at its collection of 76 restaurant outlets in 14 countries around the globe, which serve a wide range of authentic dishes from the kingdom’s four culinary regions: south, central, north and northeast. By 2021, the group expects to operate a total of 100 outlets worldwide.

A JOLLY BIG SALE at Thanyapura!

A JOLLY BIG SALE at Thanyapura!