JAKARTA, INDONESIA: YOO Worldwide, the global designer residence and hotel brand, is seeking to embrace the creative spirit and vibrant economy of Indonesia as it continues to expand its portfolio across Southeast Asia.

The UK-based company was created by leading property developer John Hitchcox and international designer Philippe Starck with a mission to enrich lives through extraordinary living spaces. It is now the largest pure residential design brand in the world, with 81 projects in 36 countries.

Building on these impressive foundations, YOO is now planning to introduce its “out of the box” concepts to Indonesia, where rising affluence, a youthful population and burgeoning economy present compelling opportunities for expansion.

Having recently opened its regional headquarters in Southeast Asia, YOO is now able to tap into the soaring demand for high-end branded residences and hotels all across the fast-emerging ASEAN region. Nowhere is this potential more apparent than Indonesia; a country of 296 million people – the fourth largest population on the planet – and 14 cities with over one million residents.

“Indonesia is a hugely important market for YOO. With a large population and strong economy, this country is a natural target for developers. But Indonesia has something else that really appeals to us: a sense of style and creativity. The country’s modern generation of investors are seeking innovative brands that match their lifestyles, and YOO, with exceptional designers creating interiors that truly enrich lives, is perfectly poised to meet their needs,” Mr Millar said.
As well as co-founder Philippe Starck, YOO’s stable of world-famous Creative Directors includes Marcel Wanders, Jade Jagger, Kelly Hoppen, Steve Leung and Sussanne Khan.

Indonesia welcomed a total of 15.8 million international visitors in 2018, up 12.6 percent compared to the previous year. This growth will be enhanced in future by the development of new transport infrastructure and hotel supply across the country. Earlier this year, Indonesia’s largest airport operator, Angkasa Pura, revealed plans to spend billions of dollars on a new hub in Jakarta, and a new airport in Bali is also in the pipeline. Meanwhile, data from STR shows that there are now more than 21,000 new hotel rooms under construction nationwide.

Branded residences are among the hospitality industry’s fastest-growing sectors, and YOO is at its forefront with 13% of the world’s total portfolio. YOO’s international team is now primed to enter Indonesia’s emerging lifestyle market by delivering branded residences and hotels to design conscious consumers and property developers. 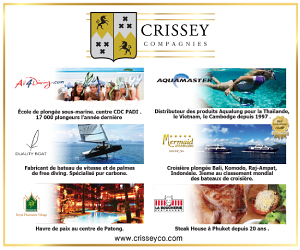